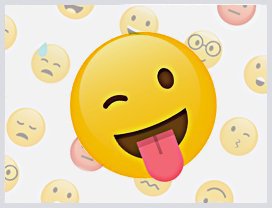 Welcome to 2017, where the "smiley face" is among the most important communication tools available. Think I’m joking? How many times have you received a text message simply stating, "K."? Be honest, your probably spent the next 20 minutes mentally trying to interpret the mood of the sender on the other end. It truly is among the world’s greatest mysteries. Thus introducing, the power of the emoji!

By now, everyone is more than familiar with emojis, but do we know how to use them? Take a look below at some examples of simple messages that could use emojis and the different ways each message can be interpreted.

"Okay", "Ok", and "K", As I alluded to, previously, nothing draws more emotional ire than a simple, "K" response. However, equally as up for interpretation is a simple "Okay" and "Ok", which is why I’ve lumped all of these together. Without the use of any emoji, the person receiving the message is left to wonder if the sender is upset with them or just in the need of sending a quick text. Either way, when you’re being short with someone, an emoji always helps trigger the proper emotion!

"I don’t care" or "Whatever", Once again, you can chalk this up as a violation of being too short with the person you are texting. While this message could be simply trying to get across that the sender doesn’t have strong feelings on the subject and is letting you choose, some could argue it also comes across as "Shut up, leave me alone". Sounds harsh? It might be, but I think most could agree that thought has come across our minds in that situation.

"Alright" or "That’s fine", While on the surface these messages seem like a friendly way to end a conversation, without an emoji it leaves the recipient wondering if the sender is passive-aggressively agreeing with you or whether they are legitimately aligned with your thinking. If the person simply adds a ☺, that completely changes the tone of the conversation and gives the recipient the peace-of-mind of knowing that the previous message was well-received.

Long story short, if you are engaged in an online conversation that incites any type of emotion, keep emojis in mind prior to hitting send! The last thing you want is a texting catastrophe that leads to real-life drama. Message safely my friends!